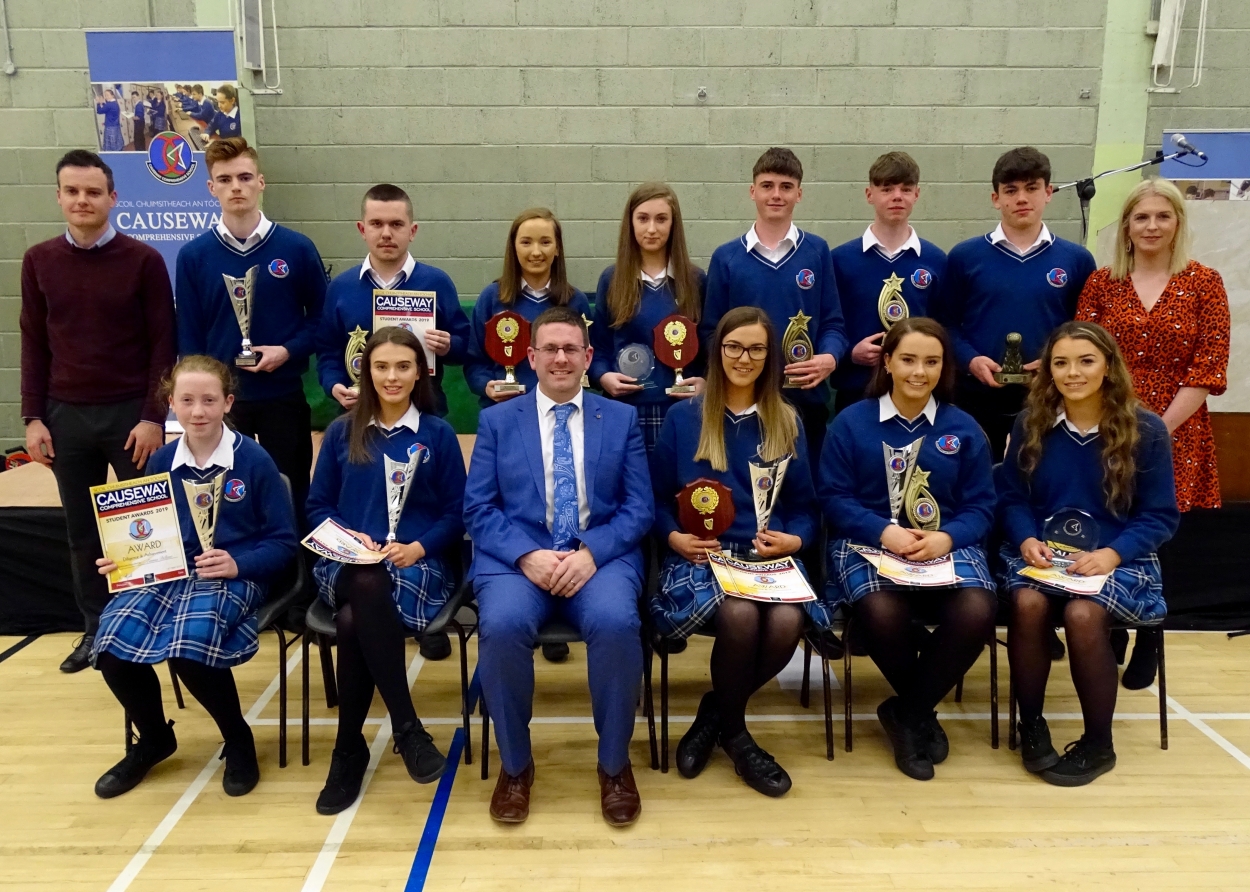 The Student Awards Night for Causeway Comprehensive took place in the school on Monday 13th of May. The awards were presented by former student Mr. Shane Conway Kerry and University College Cork hurler, fresh from his Fitzgibbon Cup success.  There were a total of 147 awards presented on the night. This night is the culmination of the hard work and dedication of the students of Causeway Comprehensive School.

Kate Kearney received the Senior Principal’s Award as the Outstanding Student of the Year in Leaving Certificate while Keith Flynn received the Junior Principal’s Award for the Outstanding Student at Junior Cycle. Conor O’Keeffe received the Canon Willie O'Connor Award for receiving the highest result in Irish in Leaving Certificate 2018. Conor is currently studying PE and Irish teaching in University of Limerick. Jack O’Sullivan received the John O' Regan Award for achieving outstanding results in the Leaving Certificate overall. Jack is also in University of Limerick studying physiotherapy. Killian Dooley won the Lucille O'Sullivan Award for his inspiring approach and attitude towards school. While Des O’Sullivan won the Spirit of the School Award in memory of the late Eileen Sheehan, whose family has made a major contribution to the school.

This year the school had a number of successful victories especially in sport and were honoured for such achievements such as the under sixteen team’s double Munster victories in hurling and football were marked on the night, as well as our Senior Ladies Football team who also secured a Munster title while our under fifteen basketball team were also honoured for reaching the All-Ireland Cup Final. The school’s first ever Golfer of the year award was won by Daniel O’Loughlin after the schools impressive victory in the Kerry Golf Champion.

Ruby O’Riordan, Lauren Costello and Darragh Leahy received special awards for full attendance in their years at school. Awards for Music were also given to Caoimhe Flahive (Ballyheigue) and Emma Fitzgerald (Ballyduff). Our school musical stars Molly Frehill and Cian Doherty were honoured as well as Katelyn Diggins who receives a Public Speaking and Debating award.

The awards co-ordinator Pat Moran said "It was a great night to celebrate the brilliant accomplishments of the staff and pupils of Causeway Comprehensive School". School Principal Cathal Fitzgerald stated that “this year’s awards clearly demonstrated the huge commitment by staff and students to our school and the variety of talent that is within Causeway Comprehensive School”